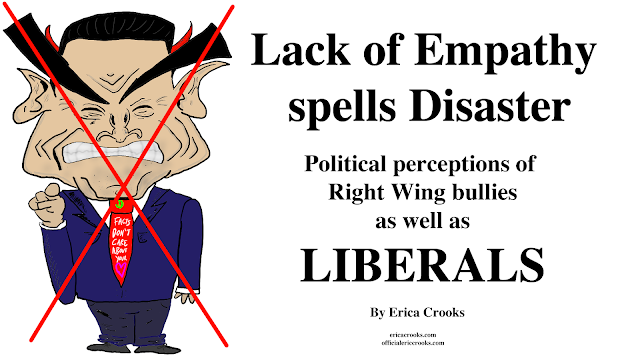 In this blog article , I will examine what many refer to as “ the norm of politics in which everything is equal . “
Last night or the night before or perhaps even both , I was thinking about just why people HATE liberals. Right Wing hates anything left wing , a Libertarian Socialist Anarchist / Anarcho-Communist doesn’t like liberals just because they rely on hierarchies such as Statism , Capitalism , etc. Hate perhaps is too strong of a word , I much prefer the continuing movement of “ Unite the Left “ . However it really does seem like other left wing ideologies lack where Anarchism is all for the best left wing political solution.

The way how I view political ideologies now is quite pure and simple.
There’s Right ( republican , tory , conservative , fascism , religious terrorism , The New World Order / Illuminati / HELL ) and the Left . The point I’m making is what is considered to be “ EXTREME “ or “ RADICAL “ is actually the utopia for whatever side !
Another way to look at it is Love ( left ) vs Hate and Fear ( Right ) , Soul ( left ) vs Ego ( right ) , Good ( left ) vs Evil ( right ) , Right brained ( left ) vs Left Brained ( right ) .

This morning I was reading something very interesting. Well … not really , just Right wing ignorance.

For example , whatever someone who’s left wing says makes absolutely no sense to the right wing. The right wing as I pointed out is filled with rage and is very reactionary.
Perhaps right wing sees left wing as ignorant , stupid , and perhaps are extremely annoyed .
Where left wing has empathy and sympathy ( aka putting themselves in the shoes of others ) where the right has ZERO empathy and sympathy for others ,
Therefore they think “ Feelings do not matter and facts is the only thing that’s real and in existence in reality ( meaning 3D Earth reality ) . “

In other words no wonder Ben Garrison and Right Wing comedians JUST ARE NOT FUNNY AT ALL !
As above , so below .

Stand For The Flag and Kneel For The Cross
Stand Up for Patriotism and Nationalism or GET OUT !
Perhaps is a few of many of their limited perceived , closed minded mottos .

When one is liberal and perhaps we all start out currently discovering what side we are on politically , perhaps we think there’s only the two centrist choices and sides.
People are ignorant of “ As Above , So Below “
And such polarity is not by choice but what makes 3D Earth.
However it is NOT Human Nature or just The Way it Is !
I can’t stress that enough.
We either side with Love ( Utopia ) or Fear / Hate ( Dystopia )

Before I thought that no personality is evil. Perhaps the pure soul I can say that for now.

Is certain personality types that are open to the head of the clouds such as INFP more relevant to the soul and right brained where others which are left brained much more grounded to earth and therefore can only process certain information in a certain way and CONDITIONED due to the harmful effects of “ Authoritarian upbringing “ ?

Just know not only where evil comes from , BUT WHAT EVIL IS !
And it can only be indicated by what feels right and what doesn’t feel right.
That’s intuition.

Those who think that it’s all subjective , and such “ Duality “ of Good vs Evil doesn’t exist is ironically the very ideology I discovered that relates to those who practice “ Black Magick “ !

In a recent blog video ( at the time I’ve written this )
I bring up the question in which perhaps could question exactly where I’m coming from.
Isn’t this too black & white , too simplistic and general , too extreme , too exaggerated , too controversial ?
I don’t think so. I talk further in this blog video , check the link if you wish to watch it.
https://www.youtube.com/watch?v=UjBJ3rRRJR0

Bringing up a similar point , perhaps those who believe that not everyone is created equal just can’t see the patterns. Like how a liberal can find their centrist position to be correct and perhaps say they are apolitical.
Well then , should we bring up the subject which is often labeled as “ iNtuitive Bias “ aka iNtuitives are Smarter than Sensors ?

One of the things that I’ve noticed is there’s many Anarchists who just get angry at liberals for being ignorant. But perhaps what they need is not only an explanation of what libertarian socialist anarchism / anarcho-communism is but also and which I strongly believe to be libertarian socialist anarchist / anarcho-communist principles which need to be put to practice if we want to build the new world in the shell of the old is “ friendliness “ because such types ( I’m guessing SF types ) are going to be more sensitive than you are.

Fellow Trans Woman anarchist ( and friend of Libertarian Socialist Rants ) anarchopac
And this to say in a video about how Anarchists should talk to Liberals.
https://www.youtube.com/watch?v=Dq_2llkOSfA

A liberal could even see satire on the right or perhaps right and left going back and forth in debate. And I know , I used to feel this way too.
Also we seen in many cartoons in childhood that one character who’s in the middle screaming “ STOP IT ! Why can’t we just put our differences aside and just get along “.
What the liberal fails to see is SIDES ! YES Anarchists are related to you because both are left wing ! And that is unfortunately where the ignorance is.
So you can only HATE liberals so much. Perhaps seeing them as your younger sibling is a much more positive prospective ?
But perhaps it’s not always easy . My mother is a liberal and most friends and people I know are.

Anyway a liberal could see all of this as I pointed out before as “ Extreme “ , and just labels of what they consider to be unnecessary devision and polarization !
What I would encourage them to do is question “ WHY “ is there and do their research.
Perhaps they only see what’s on the surface of what looks like meaningless fighting , and perhaps they need to use their empathy / sympathy / and see both points of view , question and do research.
For example there’s many people who vote republican because it’s easy , they agree with the idea which the right talks about “ wanting peace and prosperity “.
BUT …. Perhaps we need to listen to the story of George Owrell’s ANIMAL FARM !
Where Napoleon The Pig made false promises and killed off the inspirational leader
Using the tactic of competition and emotional manipulation.

Why are we so hateful to our fellow human being ?
My answer to the question is “ keep asking the question , do your research and seek the answer ! Rinse and repeat . It’s awareness. Don’t just ask it without really asking in a passive / aggressive perception of both sides are stupid. If you were in a fight and someone said the same thing to you and a bully that hurts you , what would your answer be ? “
Just because of different opinions and political points of view ?
“ Right Wing is not different opinions and political point of view. They are sociopaths , psychopaths , narcissists , dark triad , sadists who perhaps need the most love but deserve it the least so therefore they would rather be feared than love because gaining power is for those who feel powerless. “
I mention again the following links .
http://anarchism.pageabode.com/afaq/secB1.html#secb15

All I want is Peace and Love !
“ THAT’S THE GOAL MY FRIEND ! “
https://in5d.com/mark-passio-new-age-bs-and-the-suppression-of-the-sacred-masculine/
https://in5d.com/5d-earth-will-some-people-get-left-behind/

That’s why I’m a lightwkrker , libertarian socialist anarchist / Anarchy-Communist .
I just went what felt right to me , with everything in my life including coming out of the closet.
I was born this way.

It’s all about AWAKENING to THE TRUTH !
Love heals , fear kills.

So yes ,
That's most certainly a goal. I'm not only a Libertarian Socialist Anarchist / Anarcho-Communist but a spiritual one as well. Right Wing from how I see it is not in any way political opinions / views , they lack empathy. And of course as many Anarchists have pointed out , they result to being dangerous and ignorant. For more info on what we are talking about , I recommend The Anarchist FAQ as well as many wonderful YouTube videos on the subject of Libertarian Socialist Anarchism.

Perhaps liberals would agree with that or perhaps they would agree to disagree my perspective and only agree that it is a less subjective form of reasoning.

The problem is , people don’t understand one another.
We fear what we do not understand.
Once we understand something , the fear goes away.
Awakening is key.

Posted by Erica Crooks at 11:00 AM No comments:

Here's a playlist of my INFP blog videos !

Posted by Erica Crooks at 2:50 AM No comments: