( and other cool stuff ) visit The Official Erica Crooks Websites :

Posted by Erica Crooks at 12:15 PM No comments:

The Happytime Murders is BORING

OK , I finally seen the movie and what’s interesting is the actual movie is FREAKIN’ BORING !
Allow me to recommend “ Meet The Feebles “ and “ Puppets Who Kill “ for those who are looking for some good Dark Comedy satirical Puppetry .

THERE IS ONE SCENE I DID LAUGH AT THAT WAS NOT IN THE TRAILER ! When Edwards shoots Phil in the arm and he makes a comedic “ screams like a girl gag ( for example a similar gag used on Johnny Bravo ) “ type scream .

So was Brain Henson right about what he said in the interview ? I think The Happytime Murders was a desperate sell out to bring Puppet Up ! / Stuffed and Unstrung to a more mainstream direction. The TNN series didn’t work out , neither did the other Henson Alternative stuff. And what makes Henson Alternative fail compared to the inspirations of the original Jim Henson Muppet team behind the camera in all it’s naughty goodness is like what I’ve said before in my previous blog post and blog videos , “ If it’s not creative and or satirical , it’s not funny. “

Now that scream thing I mentioned , that was just plain silly and random so therefore I consider it creative. And of course silliness is going back to Henson Puppet roots.

I think this movie would have worked as maybe a free online movie or direct to DVD / Download release . It wasn’t worth being promoted like crazy like it was.

I did like the digital exploding head logo in the beginning of the movie though .

The trailers feature all the dirty stupidity and including stuff that got cut out. There is a deleted scene featuring a bartender puppet’s singing dick which will probably be included in it’s digital release on the 20th and the 3 combo release in December from what I’ve read.

If there’s anything to like about this movie , it would be .

_ The screaming gag that’s at the end of the movie
_ HORAY Kevin Clash is BACK !
_ Brain Henson didn’t direct a Muppet movie since the 1996 Muppet Treasure Island ( which I did go to the movie theaters to see )
_ Cool looking puppets
_ Lots of well known puppeteer bigwigs performed in the background
_ CGI puppet effects

It’s like a Troma movie. ( Does that mean Lloyd Kaufman is going to take down my banner next to Cinemassacre ( AVGN / Angry Video Game Nerd ) on troma.com/links ? lol
Long story short , I had “ When Aliens Get Bored” shown at TromaDance 2016 and I tried to contact them from 2016 - 2017 about a possible movie deal since they were looking for films and they ALMOST went for the Dr LeBrick specials . And let’s just say that I almost went into desperation to getting the deal , I kind of felt like Jim Henson when he was selling his company to Disney before he died. But Troma said no , they weren’t interested and I became an anarchist so I guess everything worked out for the better. No hard feelings. However I thought the guy I was talking to at the end was a jerk. Bunch of young guys work for Lloyd , plus I dined the wrong number and by coincidence talking to someone who used to work at Troma for a short time. Again , no hard feelings.

Anyway , back to The Happytime Murders . The big shock was not only coming from people of the mainstream but even a bigger shock from the Jim Henson / Muppet fandom communities ( me included ) . But I wasn’t shocked to see puppets do naughty things , I’ve done naughty things in my work , most puppeteers do just like cartoonists and anyone with a since of humor , we all do once in awhile.

Before seeing The Happytime Murders : This is Dumb ! Is Brain Henson aware of the Jim Henson / Muppet fandom ?

Now seeing it : BORING , DUMB , The Jim Henson Company had a good run 10 years after Jim Henson’s passing but afterwords that’s when it became just a struggling business with barely any creative art , just enough sell out projects to get by .

I’ve already said enough about this stuff in my blog posts and videos regarding my thoughts on The Happytime Murders.

And there’s really nothing else to say except it just makes me want to shamelessly promote my puppet work hoping that it didn’t turn everyone off to the idea that adult puppetry can be just as entertaining as adult animation.

P.S. Yes , I did do a satirical puppet parody on The Happytime Murders .
Check it out . lol


Posted by Erica Crooks at 7:32 AM No comments: 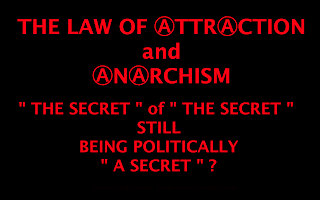 I came to understand MBTI in 2007 in my final year of high school and “ The Secret “ in 2012 with the interest of not only creating my own life outside fiction but to help meet my Twin Flame outside telepathy.
It’s hard to say what my Twin Flame’s MBTI type is because the thing about Twin Flames from my experience is that there’s an extremely close resemblance but at the same time there is this Ying and Yang thing.
For example I’ve noticed how my Twin Flame is more comfortable socializing and performing on stage in front of people much more then I am.
However the sense of combining crafts and performance art is something me and my Twin Flame both share. My Twin performed as a Pride Nightclub Drag King and I’m a puppeteer and voice actress ( among other things ;) ) .
However in 2017 , Anarchism was something that applied to me and not necessarily looking for my Twin Flame.

I was reading some bits and pieces of “ The Secret “ this morning ( as I write this ) and here’s some things I’ve observed.

( 1. The problem with New Age / New Thought Spirituality and Law of Attraction isn’t that at all but those who teach it , meaning it has this centralized way of how it’s being taught.
This stuff is clearly Left Wing however in modern times it applies this centralized way of teaching like you know “ Mainstream “ .
From the perspective of this Anarchist , this includes “ Feeling like it’s not your job to change the world “ or “ Everyone is manifesting their life so therefore the world is perfect the way it is “ .
I have concerns about this.
Someone who’s homeless may be attracting more homelessness which is true by Law of Attraction , and maybe manifesting more money might help the here and now situation sort of….
But isn’t that within itself “ Limited Beliefs “ ?

( 2. WE CAN USE LOA to it’s full potential meaning 5D Earth and a Libertarian Socialist Anarchist society is possible if we imagine it’s possibilities .

What if LOA in a collective energy meditation is a way to break down hierarchy ?

Technically New Age believers who are aware of The New World Order and want a 5D Earth and Libertarian Socialist Anarchism is SAYING THE SAME EXACT THING but using different terms and perspectives.

Is this an iNtuitive thing ? ( MBTI ) OR is it truly UNIVERSAL ?

In conclusion , what does this say about social revolution.
Well I think everyone is doing their part and it takes a little bit of everything.
This includes being open minded about the paranormal which is spiritual possibilities and unknown miracles .

Here’s some resources / links I’d like to share to help bring awareness .
A couple of my favorite links relating to all this. :)

https://www.youtube.com/playlist?list=PLTQuxw8TiSNB3SfoTGCp7FniqCbmynZeq
( An internet audiobook of the first three chapters of The Anarchist FAQ http://anarchism.pageabode.com/afaq/index.html )

And for Twin Flame knowledge , me and my Twin Flame read from this website since 2016 .
http://www.twinflames1111.com/blog/
It’s the most accurate information relating to our experience.

Posted by Erica Crooks at 3:35 AM No comments: