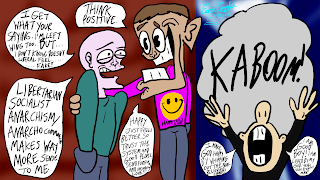 Posted by Erica Crooks at 7:50 PM No comments: 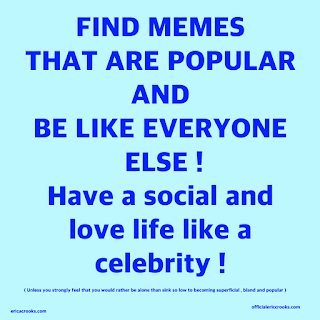 " Find Memes that are popular and be like everyone else !
Have a social and love life like a celebrity ! "
Unless you strongly feel that you would rather be alone than sink so low to becoming superficial , bland and popular. )
#satire #socialmedia #infp #intp #intuitive #intuitivevssensor #mbtimeme #mbti #nonconformist #nonconformity #ericacrooks #meme #memes #funny #comedy #sarcaism #facebook #snapchat #twitter #tumblr #socialnetworking #google #youtube #pinterest #fccsucks #internet #internethumor #internetculture #infps #infphumor
Posted by Erica Crooks at 6:53 PM No comments:

Politics and Law of Attraction ( infographic ) 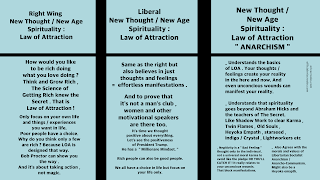 Ever wondered why Law of Attraction theories and teachings differ when it shouldn't ?

In 2012 , I believed in every word from teachers like The Secret.
And even though I still do believe in New Thought / New Age Spirituality and Law of Attraction which meeting my Twin Flame and working on Ascension for the past 3 years , I know that this works .

What people who know about Law of Attraction , New Age / New Thought Spirituality need to know that The teachers of The Secret and internet gurus and even scam artists who just read The Secret and rip people off on the money the working class needs to live on is that ,
These people know of a secret alright , but it's not Law of Attraction , New Thought / New Age spirituality . It's to use it to slip in their political ideology !

The author of " The Millionaire Mind " has praised Donald Trump for having a millionaire mindset. Bob Proctor could care less about the homeless. Even though they have philosophical wisdom that's inspiring, it does make you question if Right Wing political ideology slips through the cracks.

Likewise, Abraham Hicks has talked about not worrying about the ecosystem because you attract karma to the planet.

What people need to learn is negativity is only a triggered wound of karma of the individual that needs to be cleared through shadow work , chakra / karma clearing meditations.

So , if someone who's a Lightworker and not only believes in New Thought / New Age Spirituality as well as say Anarchism and finds dark comedy and satire funny , is this contradictory ? NO !
Evil people can feel good about hurting innocent people and they could be using LOA , but good people can do good for this world and still use LOA .

Politics are indifferent when it comes to LOA alone. However, it's totally clear that Spirituality is a leftist thing. New Age used to be anti-capitalist , but now there's capitalists cashing in brainwashed to the subject that it's needed in the world so raise it to hundreds and thousands.

Allow me to suggest a more accurate Law of Attraction method .
https://in5d.com/12-signs-that-youre-mastering-the-law-of-attraction/ 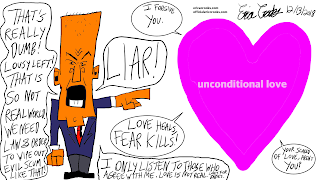 Posted by Erica Crooks at 1:15 AM No comments: