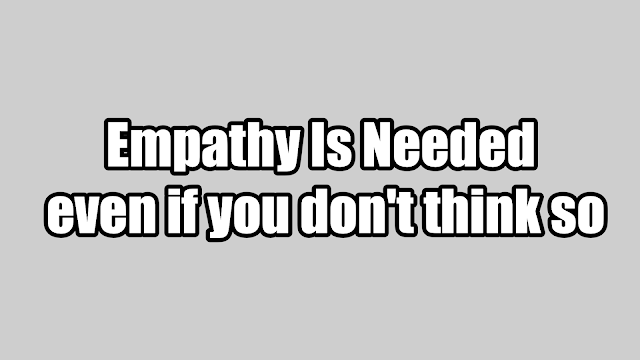 I know what it’s like feeling different from the world around me. At the same time I know what like seeking opportunity to follow the life of my dreams regardless of what obstacles stand in the way. As an INFP personality type, perhaps my personality type is called the idealist for a reason, everyone else on some degree focuses on the life that is known to exist in the here and how through the five senses. Once you die, that’s it, ( unless you’ve gone through spiritual awakening and figured out how to use telepathy to channel spirits and psychic ability. )
For the past couple of days now, I’m starting to realize more and more and more just how I’ve always been on the right track in terms of my life journey questioning this world where everyone else seems to just accept life without questioning it and just suck it up because life is bad, life sucks, it’s either survival or death, good vs evil doesn’t exist and all that negative mindsets. I’m also starting to wonder more about about the Gender Binary System, what if people are never forced to conform ? Would Toxic Masculinity disappear ? The battle of the sexes ? All that garbage of hate & fear between women and men ? Perhaps even getting rid of homophobia and transphobia once and for all. How about getting rid of Hierarchy, exposing the fact that it harms this world and causes damage and no good for anyone, anywhere or anything.

People might be quick to realize that perhaps I’m more outspoken through my art, my writing, and just barely able to give out a proper lecture on a blog video expressing what I believe to be true for the best interests of humanity spiritually , philosophically and politically. It’s interesting how easily I piss people off without meaning too. If you're a transgender woman and you overhear someone call transgender rights as “PC culture”, “Social Justice Warriors” , “Snowflake Generation”, or making some joke from cisgender people jokingly labeling themselves as “Gender stereotypes”. If you dare correct cisgender people letting them know that male and female is perhaps the names of the biological body types and not the gender identity which is a social construct. Perhaps they just don’t care. Perhaps it was inappropriate time, perhaps the way it was expressed was extreme , inappropriate , and confrontation provoking …. That is in their perception even though maybe….just maybe…. You didn’t do anything wrong. Perhaps you are told that there’s a time and a place, perhaps you even standing up for your rights is seen as shoving your butthurt crybaby problems down the throats down everyones throats and killjoying everyone’s fun time and even people’s time and energy doing research in order to make a living doing what they are good at as a freelancer for example.

This is a very sad thing about humanity regarding politics because politics DO divide us.
However, being centrist about it IS NOT THE SOLUTION ! And perhaps this is a norm when it comes to too many people, especially Toxic Masculinity. Perhaps the authoritarian rule of childhood “Boys Don’t Cry” comes to mind. In other words, someone can have talent , creative and or problem solving skills which people always come to for advice. You're an expert, a genius, people want a moment of your time and they got their notebooks out and ready.
That’s fine. I don’t got a problem with that. In fact, we need people like that in the world.
The problem is when their weakness is they have a hard time feeling empathy and sympathetic for people, they don’t have strong emotional intelligence. Perhaps they are even irritated.
Why is that ? Perhaps it has something to do with the Ego. Going back the “Battle of The Sexes” statement I’ve said earlier, well ok, mocking it and debunking the Gender Binary System and Toxic Masculinity, perhaps it relates to what I’m saying here. We live in a global hierarchical system that teaches people LIES about reality. People are perceived as stereotypes , divide and conquer, and good ol’ American values and authority shall never ever be questioned. WAKE UP ! It’s a cult of hate & fear.

I feel sympathetic and empathetic for the conditions of not only great minds but everyone who suffers in this disgusting hierarchical system. And what’s extremely sad is even though most know problems exist, they always miss the target and problems are only temporarily solved.
Depression, Sadness, all hidden with the falseness of the Ego mask of toughness … why ? Because your wife is watching you ? Because your girlfriend is watching you ? Because you don’t want your kids to be embarrassed and ashamed if they see daddy cry ? You fear that you will never be taken seriously ever again. You Fear, You Fear , YOU FEAR… IT’S FEAR ! Hierarchy is Hate & Fear when this world needs love.

How quickly people dismiss Anarchism as a disaster utopian fantasy that doesn’t work. It’s interesting how easy the human mind shapes itself due to hate and fear, that’s why the ruling class use it. Another World Is Possible, if you want it ? How sad it is when great minds go to waste due to Ego. Negative attitudes and all the hidden pain hidden behind the Ego mask and once triggered, someone is going to get hurt. Don’t expect an apology, don’t expect them to see things from your point of view. They want to be the authoritarian, you better listen because this is your final warning. They are the security guard, the internet moderator, everyone is a suspect. Respect him, because he feels that it’s better to be feared than love. And love is a sign of WEAKNESS !

How ironic would it be if we compared to such a great mind SUFFERING in capitalism vs one being able to have the freedom to explore all the creative possibilities the mind can come up with with less to barely any limitations compared to living in a global capitalist dominated world. How amazing would it be if this great mind was not ashamed of what he was hiding secretly in his mind. What if this person was able to accept people regardless of their differences. What if this person was able to give up patriotism to nationalism of his country, capitalism, supporting the troops and all that hierarchical nonsense and seriously WAKE UP TO THE TRUTH ! What if that sensitive person he would have an outburst towards knows their next best friend or perhaps that sensitive person could be his next best friend, what if that sensitive person wasn’t the SJW stereotype the right brainwashed him to believe to be true.
See how hierarchy damages people ? Politics divide people. Hierarchy brainwashes people into trusting authority and hate people who challenge it, and even hate people even more who want to share knowledge that ANOTHER WORLD IS INDEED POSSIBLE !

“ Don’t trend on me with your agenda ! I can’t stand Social Justice Warriors because they don’t know how to be an emotionally stable adult who’s independent. The world doesn’t involve around them. etc “ BLAH BLAH BLAH - They might as well scream on the top of their lungs “ I DON’T WANNA HERE IT ! “ And commit violence because that’s EXACTLY where that kind of mindset leads to in the end. HATE !

And mainstream politics is a. LIE conservatives, liberalism, centrists, apolitical, the libertarian party, all LIES !

As Bob Dylan song “Don't criticize
What you can't understand,
Your sons and your daughters
Are beyond your command
Your old road is rapidly agin'
Please get out of the new one
If you can't lend your hand
For the times they are a-changin. “

It was true over 55 years ago and it’s true today.

It doesn’t matter how old or young someone is. There’s people my age who are completely absent of such wisdom. There are 40 year old cyberbullies on 4chan who don’t have a life outside causing innocent people to commit suicide to their bullying while social media companies only care about PROFIT ! There are even 70 year old men who had their adult children block them out of their life due to how horrible they were, and of course they don’t care, in that perhaps the bullies in life are a lot more worse than their victims know about them. Still , the ruling class are the biggest bullies of all. They create the anti-social abusive criminals they claim to protect us from. So that’s the world we live in. Good vs Evil. Ego vs Soul. This World Needs Love but we live in a world of Hate & Fear.
And sometimes those who fight off love, truth, something that would totally solve their problems completely, THEY NEED IT MORE THAN THEY SEEM LIKE THEY DO !
But that’s the thing about being an empath. It’s extremely draining if done directly and seems kind of useless. And if we aren’t careful, those Egos could get us into trouble.