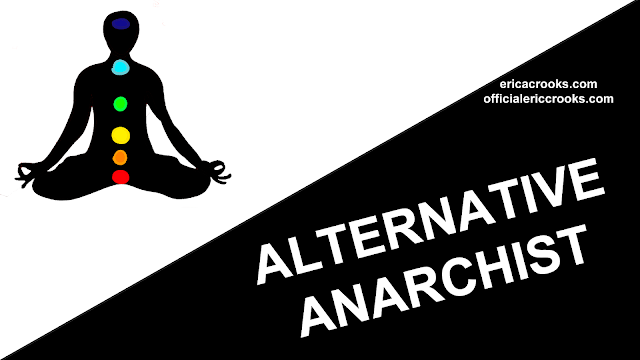 Today I’d like to talk about where I stand as an Anarchist. I’m starting to think that perhaps there will be more Anarchists that would hate me than back me up. I’m a Cultural Anarchist / Philosophical Anarchist / Spiritual Anarchist / and a Pacifist Anarchist. As well as a Libertarian Socialist Queer and Feminist Anarcho-Communist ( maybe a little bit of Green Anarchy if consumerism can be be done without harming animals , same with Anarcho-Transhumanism if it help people not age and mage vegan food and regular food merge to the point where no one can tell the difference ) .

Some may have noticed a little bit of empathy for ANTIFA , well as a Transgender Woman when there’s allies who are willing to use self defense against transphobic bigots who want to hurt and kill trans people ( as well as other LGBTQ+ , races , etc ) then I am thankful there’s something close to a superhero to people like me. I don’t think ANTIFA is a terrorist group , like a superhero they fight for the force of good and well…. If you were in a dangerous situation would you use self defense to protect your loved one if they are in a situation where someone might hurt them ? I think it’s obvious . It’ll be foolish to call the police , have them show up 10 or more minutes later as you watch your loved one die before your very eyes and the cop only caring about the fact that your such a good civil obedient citizen for doing absolutely NOTHING but allow authority to NOT do their job.

I’m not a fan of black blog tactics of smashing windows or setting cars on fire , none of that insurrectionary anarchism ,

Perhaps people are already thinking of me as a lazy liberal. Someone who isn’t committed. I am spiritually. And that’s perhaps how I look at Anarchism …. spiritual. I think it’s beautiful that those who struggle in the working class pit that hierarchy forces us in and sees us as inferior just putting differences aside and work on making humanity a better place. Friends always sticking up for each other, helping out each other like one big family with that very common goal.

Besides when we are living in an Anarchist Society , why would anyone nag about doing something the wrong way. For me , I would rather keep the spirit of anarchy in the hearts of humanity instead of shedding blood.

I would rather mock the enemy out of the liberation of humanity against hierarchical dogma which a little hope that perhaps the enemy would wake up and take a good hard took at themselves in the mirror and realize they do hurt the innocent and they need to stop.

Even though I disagree on tactics , especially where I feel that such tactics aren’t effective , I think the right thing to do is similar to the Peace Movements of the 1960s which is everyone is supporting the cause in their own way.

Some might see the irony of my position as an Anarchist as nothing more but the fear of breaking the law. Obviously who wants to loose the only freedom they got ? On the other hand I believe in the protect against victimless crimes such as copyright infringement and the right for people to support right wing politics to be accepted as normal because it’s just romanticizing mental illness I think.

In terms of revolution , I believe in the similar idea that other light workers think of in terms of a 5D Earth which is the co-operation of the masses to unify in peace . Education is key I think. Culture is key I think. And the knowledge that “ Love Is The Answer “ .

If people live in either Love or Fear , which one would you choose. I say having a satirical sense of humor is a survival tool.

I remember years ago when having a friend of mine who was homeless , I allowed him to sleep on my couch for a few weeks. We both went to this local art ( painting ) festival downtown , and the whole time I am mocking it all because to me it was so boring. Someone seen a painting of a bowl of fruit or sunset at the beach or a pretty flower and said “ So beautiful , so breath-taking “ . My friend got annoyed with me when I kept repeating that in a mocking way. “ Quit being such a douchebag ! “ My friend said in a jokingly yet slightly annoyed way. I later explained to him that I didn’t do it because I felt like bullying. As a satirist , as an anarchist , I was pissed off by the superficialness of culture . If people want to paint that stuff and buy it then fine. If people want to sing the top 20 hits of this generation then fine. Perhaps my anger was culturally due to capitalism. Here’s two young adults looking for something exciting , interesting , fun and all I can see is a bunch of middle aged women buying paintings and the painters who need money to live on just like everyone else.

I had a teacher ( kind of liberal ) who taught this anti-racism class in high school. He said that he was the worst person to go to the movies with. I myself am another person who’s probably the worst person to go to the movies with. Especially when friends get really annoyed with me wanting to stay to watch and read the credits all the time. lol
Perhaps my imagination is what makes me such a fun person to be around right ? It’s hard for be to get out of my apartment without feeling disgusted by the superficialness of life and the capitalist culture of everything. However if I had friends around me , like minded people around me , I’d probably won’t be as grumpy. I’d probably just enjoy my satirical sense of humor and intellectual conversations.

NonCompete ( an Anarchist YouTube Channel ) addressed the question in the video “ Stop relying on liberals -- Choose your own DESTINY! “ ~ Is This a Movement or are we just “ A Social Club “

I can only address my opinions as an Anarchist , I just don’t think direct action should be done violently or anything violently . Fight or Flight , I would mostly pick flight. Self Defense to save the life of myself and or a loved one … would be the only exception which is truly human nature I think. If someone pointed a gun to your head , duck and kick them below the belt. I’m not suggesting anything , I’m just using it as a metaphor .

Perhaps it’s my love of the 1960s movements , John Lennon and the shenanigans of The Yippies but as an Anarchist I would side with that. I would rather play pranks of confusion than causing harm to anyone. I would rather use my mind , heart , intuition than my fists or any sort of weapon.

I would rather use psychology , satirical literature , and even the spiritual powers of Law of Attraction to manifest peace.

But it all comes down to this. If what I do is completely and utterly useless then at least I tried. John Lennon , Martin Luther King Jr and Jesus Christ were all murdered by authority for doing what they could do peacefully as anarchists / peace activist leftists . Martin and Jesus have their Government holidays , Jesus is a hero to right wingers which is ironic because it was authority that murdered him and blamed jewish people and altered what he said in the bible. John Lennon was murdered by a Christian Right murderer or a CIA agent…. Was Yoko Ono secretly a part of it , well perhaps that’s a conspiracy theory for another day.

“ You either live in the bondage of fear or you go out that door with your head held high and be yourself even if people are booing you “ is advice a very good friend of mine and fellow Trans Woman told me years ago before she committed suicide .

To me Anarchism isn’t about tactics , it’s about the liberating human spirit. Who knows if Jesus fought off authority or if he was passive .

Perhaps as an INFP Personality Type , my anger can only go so far.

I’d rather use my freedoms , my heart , body , soul , and intuition instead of violence and crime.

But when everything becomes illegal and everything turns into a George Orwell 1984 kind of dystopia , then call me a criminal.

I’m just thankful of being alive at this current time.