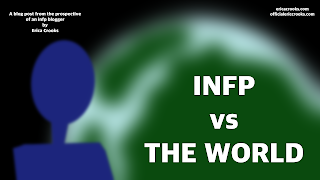 Life can seem like a confusing place.
And as for me , the confusion that I most certainly see is “ Hey , I found some brilliant ideas for world peace. Why are they always dismissed ? “

Most people just dismiss the mess of the world with an indifferent perspective and say “ That’s life , it is what it is , might as well make the best of it. “ on one hand , then you have all sorts of political ideologies which can clearly be matched to personality type.
https://www.slayerment.com/mbti-politics

Today I’d like to examine some personality theories with you.
Perhaps some questions for discussion.

Now is it true that some personality types can be born this way while others might be the manifestation of authoritative upbringing as well as gens ?

Are iNtuitives smarter than sensors ?
https://www.slayerment.com/blog/ns-are-smarter-ss-mbti

Or is it just iNtuitives letting out steam for being minorities in a sensor majority world ?
https://thoughtcatalog.com/heidi-priebe/2016/03/7-reasons-why-the-mbti-community-is-dominated-by-intuitives/

Is everyone secretly INFP ? Or is this a nightmare world for the INFP to work their Lightworker mission until their life on Earth is complete ?

I have mentioned that perhaps there are a certain group of personality types or is INFP the closest to have their head in the clouds and the type to not have their feet on the ground so much as other types do ?

And as an Anarchist , just what personality types are responsible for the hierarchical world we live in ?

Currently I’ve been doing some research as well as every single day and night for 12 solid years and continuing working on my Twin Flame Union .

And according to Twin Flames 11:11
Sometimes when Twin Flame pairs are both reincarnated onto Earth ,
One would be more material focused and the other would be more spiritually focused ( Me ).

And in my recent Twin Flame update ,
I mentioned that maybe perhaps my Twin Flame is a Sensor. Specifically an ESFP .
I’m an INFP myself .

What Cassady is referring to is known as The Twin Flame Mirror !

I highly recommend her Twin Flame videos too.
https://www.youtube.com/channel/UC4TdSEAz0qnLjtKGTFfXzYg/videos

So is this related to iNtuitives vs Sensors ?

For all those INFPs and iNtuitives out there ,
Perhaps you’ve seen this meme and perhaps it cracked some of you up
Because you can relate to it on a deep level.
I know I can.
Or maybe not laughed with it so much , but perhaps (hashtag ) METOO !
https://i.pinimg.com/originals/f4/71/cd/f471cd4fbd5de30bcf852e85cabe4509.jpg
This is such an INFP meme !
And perhaps it’s relating to my mission in life. Hi my name is Erica
And let me tell you about myself , can you relate to me ? You are not alone. :)

But even Greg of in5D mentioned that some people would get left behind in a 5D Earth.
https://www.youtube.com/watch?v=gnuOM1Jy6qQ

So here’s a point I’d like to bring about.

Say we took a look at all the personality types ,
And let’s measure those types that are most closest and open minded to love and those that are not.

Perhaps people look at love differently. So is Twin Flames a cheat sheet to turn an sensor into an iNtuitive ? Or maybe it’s just Good Ol’ LOVE POSION NUMER 9 !

Fellow Twin Flames , only if we could buy a bottle of love potion number 9 instead of getting ripped off my con-artists or real Twin Flame with overly expensive products such as $500 for some PDF files and mp3 meditations.
https://www.youtube.com/watch?v=9W6mCvJV-Fw

Anyway let’s go onto the other half of a similar matter.
Authoritarian personality.
Relating , one of the things that Cassady of Twin Flames 11:11 said that I thought was interesting was “ Hurt people , hurt people “ . And I’ve heard other similarities .
Like “ Those who hurt others , hurt themselves. “ ( That one was from Jim Henson’s Tale of The Bunny Picnic ) .
The reason why I wanted to talk about it was there’s those damn PragarU stinky fascist juck-juck videos disguised as adverts that keep getting popped up before Anarchist videos . Not as violent as the Alt-right vs Antifa but still .
It’s a good thing I knocked the piss out of them earlier.
https://www.youtube.com/watch?v=JH7An0mf-38

But here’s what interesting.
So the founder Pragar himself was talking about “ FEARING the LEFT ! “
Well , that’s the only thing Pragar got right ! FEARING THE LEFT !
THEY ARE TERRIFIED !
Or
Is it nothing more but authoritarian brainwashing ?

Without all the info on personality types out there and I’ve done my share of research.
Even though I said perhaps there isn’t an evil personality type , it’s not really the who but the what meaning “ hierarchy “

I have a question.

What if you CAN’T separate them.

And if they did change for the better , would it be as accurate as
Say “ An ESTJ “ happy or would their personality type
Change radically !

For example , INFP with cognitive functions reversed equals to an ESTJ

And ENTP reversed is ISFJ

So speaking of personality type and mirrors , are we fighting the duality mirror ?

Or is it like The Dark Crystal where the Skeksis and Mystics are actually two sides of the same whole and end up turning into http://muppet.wikia.com/wiki/UrSkeks

But if personality types do merge , again , it might sound like a crack pot conspiracy theory or just intuitive thinking or both but …
Again , does that prove that everyone is secretly INFP ?

So , is that the purpose of life is for the INFP to inspire positively ?

Maybe this isn’t even included in the INFP survival guide
https://thoughtcatalog.com/book/the-comprehensive-infp-survival-guide/